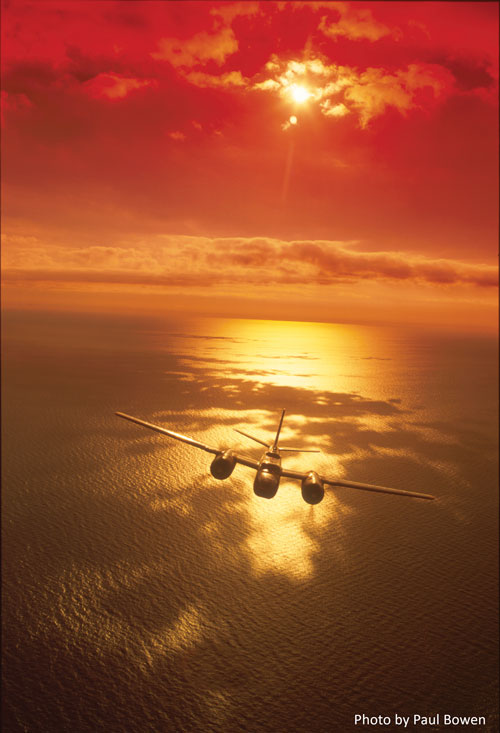 “The warbirds played a tremendous part in our success in the war, and will forever be a symbol of our country’s patriotism and tenacity when fighting for freedom. As a former Avenger pilot, I am pleased to be part of this tribute alongside my fellow veterans.”— President George H.W. Bush

“Our WWII veterans are living testaments to the valiant sacrifices during uncertain tyrannical times. They protected our nation and secured freedom for future generations. Now, 70 years later, it is important to continue to recognize their valiant sacrifices not only through public service events, but always. It is an honor to participate in such events as a veteran and a pilot, and it is an honor to preserve the memory of WWII veterans’ heroism.”— U.S. Senator Jim Inhofe (R-OK)

“I believe that it is critical to use this anniversary as a time to remember and educate our nation’s citizens about the sacrifices of so many Americans who protected our way of life and their extraordinary efforts to preserve freedom here and abroad. Commemorative events and a National Mall flyover will seize the public imagination, reflect our ability to preserve our national interest, and be a defining moment in remembering the historic significance of World War II to our nation and aviation.”—U.S. Representative Sam Graves (R-MO)

“It is a great honor for the Commemorative Air Force  to once again play a leading role in such a powerful event. Our mission; to educate, inspire and honor is embodied in this exhibition. The Arsenal of Democracy is a moving and dramatic show of American ingenuity, history and contribution to global freedom. The CAF will be providing several aircraft to participate in the flyover”—Hank Coates, President and CEO, Commemorative Air Force

“Just as in 2015, this flyover will be conducted for the sole purpose of honoring those who fought in the epic struggle and the men and women on the home front who created The Arsenal of Democracy. We hope that by recognizing their sacrifices and achievements, all Americans, especially our younger generations, can reflect and be inspired by what can be achieved when a nation unites for a common and just purpose.”—Pete Bunce, President and CEO, General Aviation Manufacturers Association

“From time to time, we need to remind ourselves just how much we have accomplished as a nation. May’s Arsenal of Democracy Flyover in Washington, D.C. will provide us with exactly that kind of opportunity—a chance to recognize those men and women who made the sacrifices necessary to preserve freedom here at home and around the world, a moment in time to reflect on the awesome power of this country and its people when we focus on a common goal.”—John Cudahy, President, International Council of Air Shows

“NATCA and the 20,000 aviation safety professionals we represent are very proud and honored to be part of this year’s Arsenal of Democracy Flyover event. Our members are proud public servants who have a deep passion for aviation and a rich appreciation for history. We also represent many members who are military veterans. This event gives us an opportunity to show our respect for a key anniversary in our nation’s history by commemorating it with honor.”—Paul Rinaldi, President, National Air Traffic Controllers Association