Washington, DC, December 7, 2019 — On the 78th anniversary of the U.S. entry into World War II, the 75th World War II Commemoration Committee is launching a public fundraising initiative to engage your patriotic support. The 75th WWII Commemoration Committee will spearhead the bookend events: The Arsenal of Democracy tribute remembering the end of war in Europe, May 8, 2020; and the events marking the end of war in the Pacific, September 2, 2020,
in Washington, DC and Oahu, Hawaii, respectively.

“It is significant that we ask for the public’s engagement with 75th WWII Commemoration fund raising today, remembering not only the “date which will live in infamy,” but also the 100th birthday of nationally recognized WWII veteran, Tuskegee Airman, Col. Charles McGee. It is our goal to honor the heroism and sacrifice of our WWII veterans, those serving on the home fronts and those who suffered the horrors of the Holocaust while we still have a precious few left
living among us,” said Pete Bunce, representing the Arsenal of Democracy Executive Committee and the 75th WWII Commemoration Committee.

Honorary co-chairs of the 75th WWII Commemoration Committee, Senators Bob and Elizabeth Dole, joined by Linda Hope, who represents the Bob Hope Legacy as part of the Bob and Dolores Hope Foundation, the Presenting Sponsor of the 75th WWII Commemoration, shared their support of the bookend events: “These events will preserve our nation’s memory of a time when the United States persevered with selflessness and courage in the face of tyranny,” the Doles and Hope write in a letter to the public. “The events… may be our last opportunity to honor the service and sacrifice of our veterans and our heroes, celebrating the impact they had on our lives,” the letter says. “The accomplishments of the ‘Greatest Generation’ are too valuable to forget. Together, we can preserve the legacy of World War II and remind our nation of what can be achieved by the American spirit.”

The Arsenal of Democracy Flyover will take place on Victory in Europe (VE) Day – Friday, May 8, 2020 – to commemorate the 75th anniversary of the end of World War II in Europe. As part of a five-day slate of educational and commemorative activities in and around the nation’s capital, the flyover will coincide with a ceremony for veterans at the National World War II Memorial, hosted by the Friends of the National World War II Memorial. It will consist of over 100 vintage warbirds of various types flying over the National Mall in 24 separate,historically sequenced formations.

On September 2, 1945, the Japanese signed the surrender documents ending World War II on the deck of the USS Missouri in Tokyo Bay. The Battleship Missouri Memorial and Pearl Harbor Aviation Museum will commemorate the 75th anniversary of the end of World War II in the Pacific with another five-day schedule of educational programs and ceremonies. The event will highlight the transition from war to a global commitment to peace and friendship, beginning on
August 29, 2020, and culminating in a special ceremony on September 2, 2020, at the USS Missouri in Pearl Harbor. 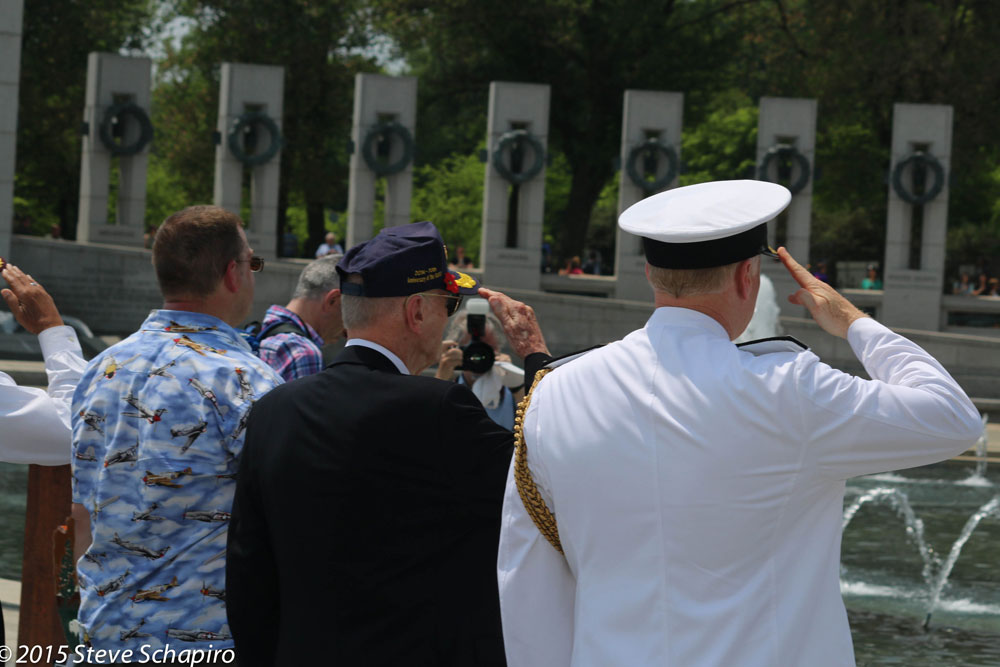